Thank You for Your Support

The 2022 Abbot Financial Management Oldtime Baseball Game, a celebration of our national pastime, will be played on Wednesday, August 24, at 7 p.m. at St. Peter’s Field on Sherman Street in North Cambridge. This year’s game is being played as a fundraiser to support Dana-Farber Cancer Institute’s Young-Onset Colorectal Cancer Center in memory of former Red Sox pitcher Jim Corsi, who died of cancer on January 4 of this year.

A native of Newton, Mass., Jim pitched 10 seasons in the major leagues, including three seasons with his hometown Boston Red Sox. In 2002, three years after his professional career ended, Jim became the first former Red Sox player to appear in the Oldtime Baseball Game, pitching two innings. He enjoyed the experience so much that he retuned in 2003 and pitched two more innings.

About a month before his death, Jim did an emotional interview with WBZ-TV sports anchor Steve Burton in which he spoke of the importance of colonoscopy screening. In the last weeks of his own life, then, Jim was trying to save the lives of others; in that spirit, the mission of the 2022 Oldtime Baseball Game is to carry on his work.

Jim Corsi’s family, working in concert with the Oldtime Baseball Game, chose the Young-Onset Colorectal Cancer Center at Dana-Farber Cancer Institute as the beneficiary of this year’s game. All proceeds from the game will be in memory of Jim. 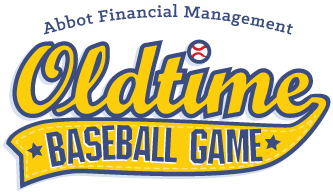